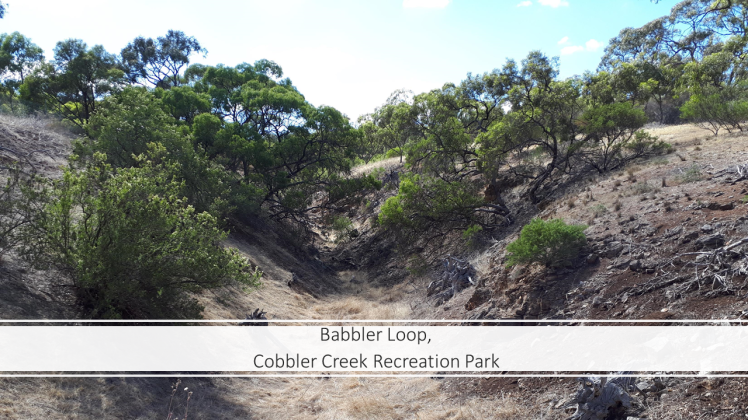 A short, dusty walk in the Northern suburbs of Adelaide. I hadn’t explored this park before, so I was curious to see whether it would be a nice option for short walks within an easy driving distance from home.

I did this walk on a Sunday morning with a friend, one of her teenage sons and her husband. It’s always nice to catch up with her and she hadn’t been in the park before either – so we could explore it together.

It took us a while to find the start of the Babbler Loop trail. We then walked, backtracked, walked, checked Google Maps etc several times. There were some markers, but there were also quite a few extra trails not on the map and with no signs. I think it’s a case of walkers and bike-riders making their own short-cuts and routes over the years.  Not that we were too concerned – it’s in the suburbs and we had main roads limiting how far we could go off course anyway.

I think in the end we completed 90% of the Babbler’s Loop. It irks me when I don’t get to experience a walk in it’s entirety, but this time I was happy to wander around with a friend and have a good chat. If I was on my own it would be different story and I would have spent days out there making sure I covered every inch of the trail (okay, maybe not days Ha Ha). 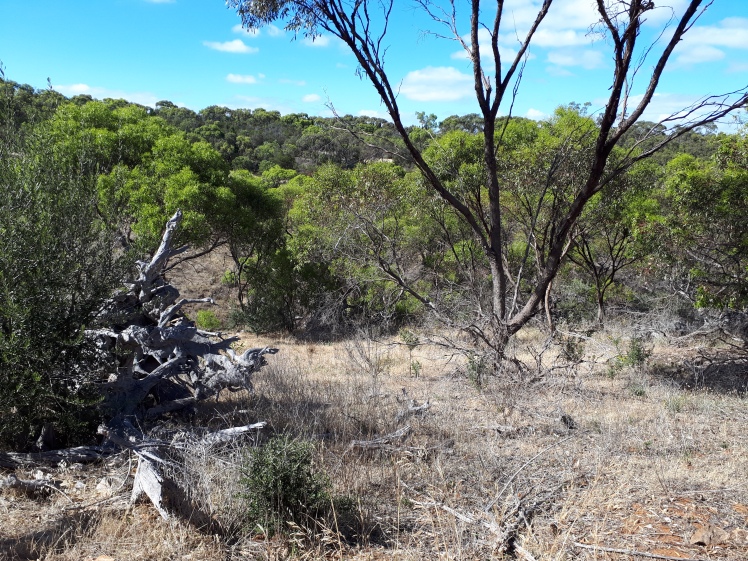 The sign at the entrance on Smith Road says it’s a “Hard” hike. I don’t really agree with this – it was easy walking, a lot of wide trails and only slightly undulating. It was a little rocky in some parts but unless you were barrelling through at a fast pace or wearing thongs (flip-flops) then slipping shouldn’t be an issue.

There were some nice rock steps halfway around and the views were okay. It’s a shared use trail – mountain-bikers are also allowed on this trail and we came across at least 5 riders just in our short time out there, compared to just 2 walkers. Some trails in this Park are walking only and some are bike-riding only. There’s a good adventure playground for kids just inside the park. We didn’t see much wildlife, except for the 8-legged variety in my earlier photo and some small parrots. There are some old stone ruins scattered around the park which could be interesting, however they weren’t on this particular trail.